Icon of the Nativity: Image of Reality

Registration is closed for this event
Iconographer Michael Kapeluck takes us to his studio as he explains the mysteries of the Nativity icon. 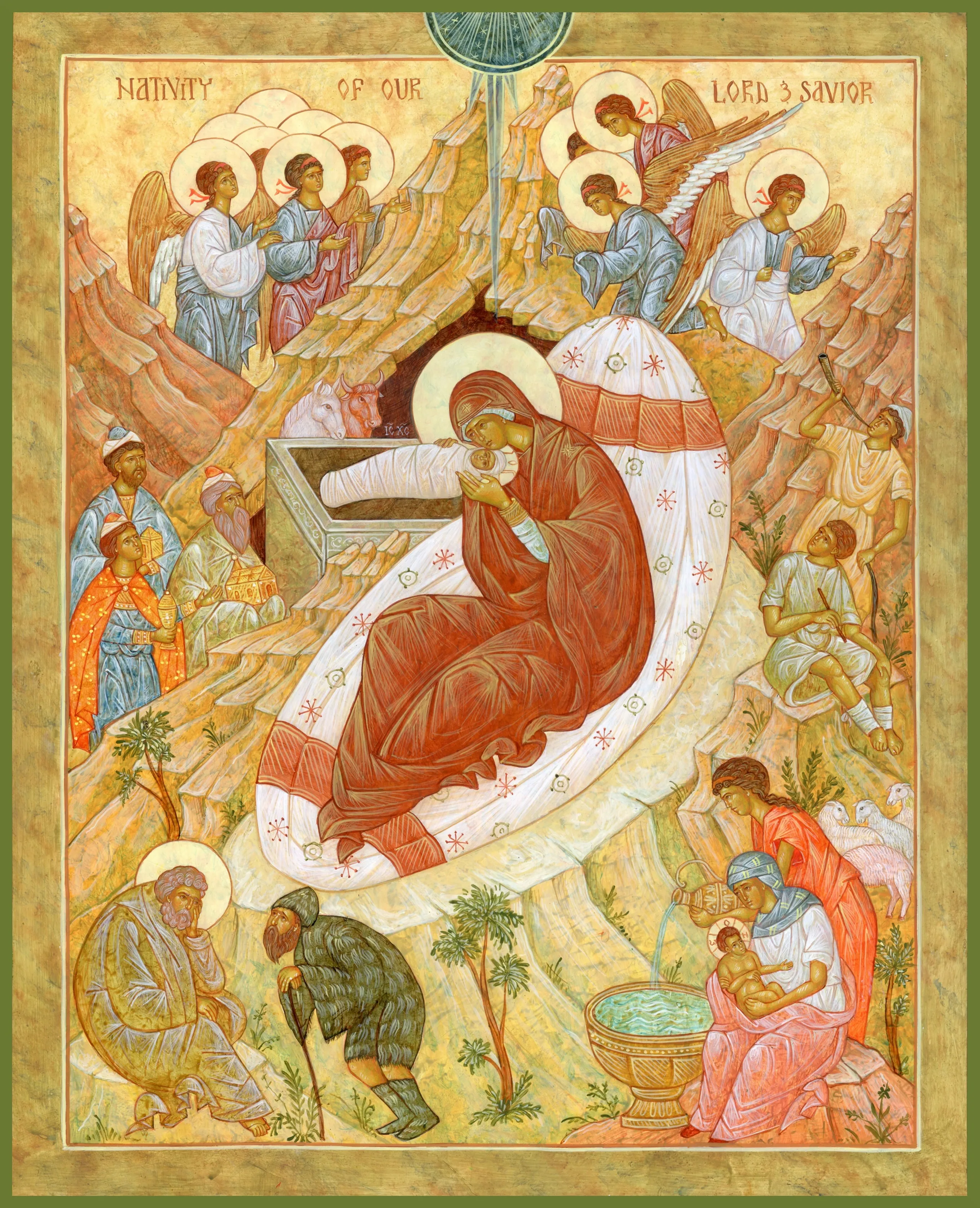 About the webinar - by Michael Kapeluck

"In our current age Christianity and her stories are brushed off as silly superstition, outdated myths, or destructive tales of and angry God. They stories have been deemed no more important or relevant (or even less relevant) than the latest Harry Potter adventure or Marvel movie.

With so much uncertainty in our daily lives let alone about the future, many people have begun to question the modern secular world and they have found it wanting.  They’re looking for something to fill a void that is within in them, a nagging restlessness that yearns for something true.

In response there are those who are attempting to rediscover and reclaim the Christian stories, to reclaim “myth” and “symbol” and “story” and reinstate them to their proper dignity.

A part of this is a rebirth of the sacred arts. Sacred artists around the world have seemingly sprung up spontaneously, exploring the same questions about symbol and story and its relation to faith. Inspiring works of iconography, music, and architecture  are being produced, telling the Christisn story, reinvigorating the current faithful, and speaking to that world that is hungering for something authentic.

I am blessed to be a part of this movement of the Spirit and I invite you to join me as I attempt to give you the smallest of glimpses into this vast world of the Christian story by briefly examining the icon of The Nativity of Christ." 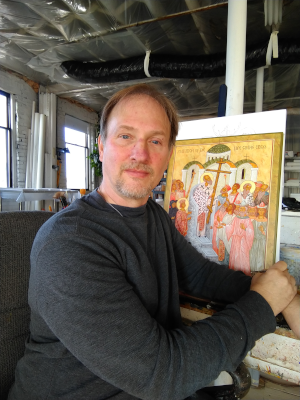 Michael Kapeluck was born in the United States in the Western Pennsylvania town of Carnegie just outside of Pittsburgh. He is the grandson of Ukrainian immigrants and has been a lifelong communicant of his local parish of St. Peter & St. Paul Ukrainian Orthodox Church.

Michael trained in the arts for 12 years at both the Carnegie Museum of Art and Carnegie Mellon University graduating with high honors and a Bachelors of Fine Art.

After graduation he immersed himself in the local contemporary art scene showing his work at numerous area art galleries. Ultimately Michael found the secular contemporary art world to be unfulfilling, that there was something missing.

He found what he was searching for right where it always was, in the Church.  He had always been part of the Orthodox faith, but when it came to his art, the Church was never given serious thought and even at times was pushed away. But now, he submitted to God and told Him to do with him what He willed. Michael quit his job and also gave up the world of secular art to devote his life to the study and creation of the sacred art of iconography.

For the past 33 years Michael has created icon murals and panels for over 30 churches across the U.S. and icon panels for hundreds of individuals. He continues to enjoy the challenge of pushing his skills to greater levels and he thanks the Lord for such a tremendous blessing to be able to have a sustained career in this sacred art of the Church.

Michael continues to live, paint and worship in his home town of Carnegie.

Michael's work can be found on his website: https://archangelicons.com/

This webinar is FREE, however, registration is required.

There are no upcoming events.