Registration is closed for this event
In this workshop, young artists will learn about the Ukrainian Flag and the Tryzub, or trident, and make their own mosaic flag or Tryzub using the traditional colors seen both on the coat of arms and the flag of Ukraine—blue and yellow. 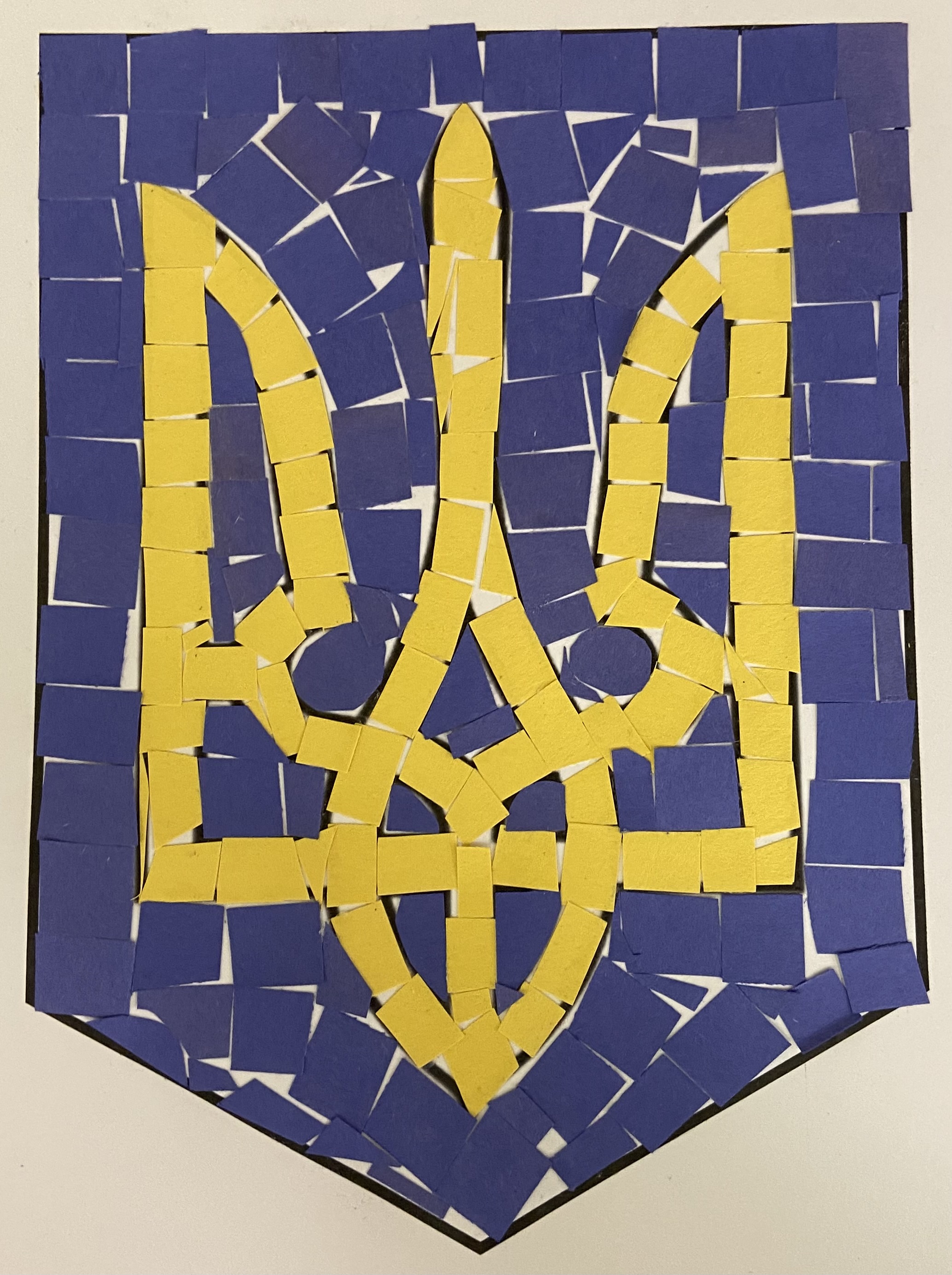 The Tryzub is the coat of arms of Ukraine. It is depicted as a blue shield with a gold trident. This coat of arms, or tryzub, comes from the seal-trident of the first Prince of Kyivan-Rus, Prince Volodymyr. It was first considered as the national symbol in 1917 and was adopted as the coat of arms in 1918 for the Ukrainian People’s Republic. After Ukraine declared its independence from the Soviet Union in 1991, the Tryzub was formally adopted to be the coat of arms on February 19, 1992.

Ukraine celebrates two holidays in August: the Day of the National Flag on August 23rd and Ukrainian Independence on August 24th. To celebrate, young artists will make both a Ukrainian flag and Ukrainian tryzub in the style of mosaic art.

Mosaic, in art, is the decoration of a surface with designs made up of closely set, usually variously colored, small pieces of material such as stone, mineral, glass, tile, or shell. Mosaic pieces are applied to the surface using an adhesive (i.e. glue).

This is a live, interactive workshop and will not be recorded.

You must provide your own supplies for this workshop.

This event will take place ONLINE, but registration is required.

This workshop is FREE, but registration is required. The day before the event, you will get a personalized link to access the workshop.

17th Annual Somerset County Journey through the Past
October 8th, 2022
Come join the Ukrainian History and Education Center for self-guided and (more...)