All times are in Eastern Daylight Time (UTC-4h) 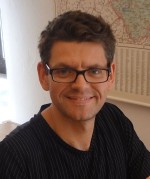 Tadeusz H. Pilat was born in Silesia, Poland (previously Schlesien, in Germany). He currently resides in eastern Poland and Germany. He pursued Library studies at the University of Maria Curie-Sklodowska in Lublin, Poland, focusing on the history of books and old documents. He specialized in "Supralibros" in Private Collections of the 16th to 18th centuries. In 1999, he was granted the degree of Master of Library and Information Science.

In 2003, Tadeusz became an Accredited Genealogist specializing in Polish research, including all partitions of the former Commonwealth of Poland. This accreditation was awarded by the International Commission for the Accreditation of Professional Genealogists (ICAPGen) http://www.icapgen.org/icapgen/. Because of his study of Information Science, Tadeusz is very interested in creating electronic databases, and he is working on a Lemko Extraction Project http://lemkorusyn.org/index.php. Currently Tadeusz is also involved in a project of early (pre-1830) Mennonite property records in Polish archival repositories. He enjoys traveling to foreign countries such as USA, Denmark, Germany, Czech Republic, Lithuania, Ukraine, Slovakia, England, Russia, Mongolia, and Libya (North Africa) where he lived for a while. In addition to being fluent in Polish, German, and English, he can read Latin, Russian Cyrillic and old German scripts. Tadeusz has given lectures on genealogy in Warsaw and Opole, Poland, as well as San Antonio, Texas, Salt Lake City and New Britain. Tadeusz is a cofounder of the HISTORIAE Genealogical Company located in Poland http://www.historiae.pl/ [so far the website is available only in Polish].

If you have any questions regarding research in eastern Europe please do not hesitate to contact Tadeusz by e-mail <thpilat@gmail.com>  and he will be glad to assist you. Will gladly furnish references in the USA or through the LDS Library in Salt Lake City.

Justin K. Houser is a fourth-generation Ukrainian-American on his mother's side, his ancestors having come to the United States from Austrian Galicia in the early 20th century.  An attorney in Central Pennsylvania, Justin has been interested in genealogy from a very young age after hearing stories from his grandparents about the ancestors whom they knew.  Justin has a particular passion for Ukrainian history and genealogy and serves as a member of the Board of Trustees of the Ukrainian History and Education Center in Somerset, New Jersey, as well as on the steering committee of the Center's Family History Group, "Nashi Predky -- Our Ancestors."  Justin is also active in his church, Holy Trinity Orthodox Church in State College, Pennsylvania. 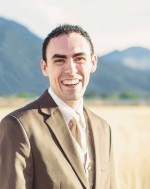 Paul Woodbury is a researcher and DNA Team Lead at Legacy Tree Genealogists. In addition to genetic genealogy, Paul specializes in French, Spanish, Italian, Portuguese, and Scandinavian research and regularly presents on research topics related to these fields. He has extensive experience in client research and has solved hundreds of genetic genealogy and traditional genealogy research cases for clients. He studied genetics and family history at Brigham Young University and he is currently pursuing a Master’s Degree from the University of Utah in Instructional Design and Educational Technology. 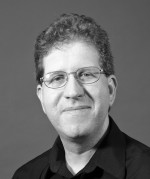 Michael Andrec has been the archivist at the Ukrainian History and Education Center since 2010. Michael has been tasked with single-handedly bringing the nearly 200 collections containing documents, photographs, ephemera, and recorded sound that the Center had accumulated since the 1960s up to professional standards of arrangement, description, preservation, and accessibility, while at the same time providing reference services, outreach,and web site/social media content. Outside of the archives, Michael is a consultant in statistics and data analytics, programming, and web design and development. He is a member of the Academy of Certified Archivists, the Society of American Archivists, the Mid-Atlantic Regional Archives Conference, the Association for Recorded Sound Collections, the Shevchenko Scientific Society, and recently completed a two-year term as treasurer of the Archivists Round Table of Metropolitan New York.
forum