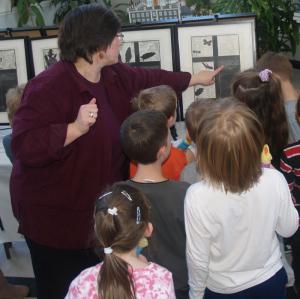 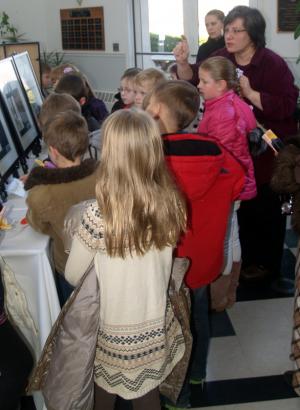 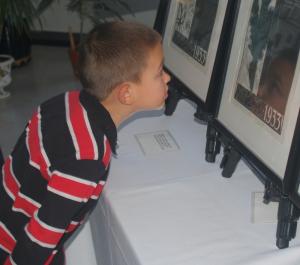 On November 17, the director of the Patr. Mstyslav Museum of Ukrainian Heritage at the UkrHEC hosted the first through third grade students at the St. Andrew School of Ukrainian Heritage Studies in a viewing of prints from the series "Ukraine 1933: A Cookbook" by contemporary Ukrainian artist Mykola Bondarenko.

The children viewed and talked about the art, which presents some of the "gross" things that survivors of the Holodomor were forced to eat in order to survive (such as weeds, tree bark, leaves, and insects). They also participated in some hands-on activities, such as eating dry whole grain kernels and grinding such grain by hand in a mortar and pestle.

On December 1, students of the older grades will have a chance to view the exhibit, as well as meet with and hear the recollections of a Holodomor survivor.