The Ukrainian Festival in Holmdel, NJ 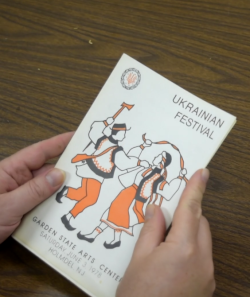 Beginning from a relatively small start in the 1970s, it reached its heyday in the 1980s before succumbing to low attendance and other issues in the 1990s.

Do you have memories of attending or performing at the Holmdel festival? Please share your story! Feel free to comment here, or send us a message at archives@UkrHEC.org. We might even want to record your oral history!