Witnesses To Revolution: Artifacts from the 2014 Euromaidan Protests 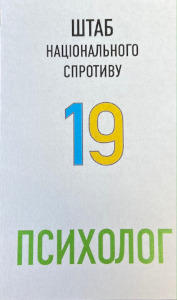 In February, communities in Ukraine and the diaspora commemorate the memory of those who were killed during the 2014 Euromaidan Revolution in Ukraine. Between February 18 to the 23rd, violence escalated in downtown Kyiv and on February 20, 2014, snipers shot and killed protesters. The “Day of the Heavenly Hundred Heroes”, is commemorated annually on February 20th. May their memories be eternal!

This slideshow features items from the scene of the protest that tell a tiny part the story of those protestors who braved the cold winter weather in downtown Kyiv to demand a better future.

Witnesses To Revolution: Artifacts from the 2014 Euromaidan Protests