Join us for a great day of programming!

The Central State Historical Archives of Ukraine, Lviv as a base of genealogical research

This presentation will tell the history of Central State Archives of Ukraine, Lviv, give a detailed view of metrical records as a main source of genealogical research, and also presents other types of documents preserved in the Archive that may be used for research.

Greek Catholic birth/baptism, marriage, and death/funeral records from 19th century Galicia are remarkable in their "name density" and can include related individuals spanning as many as four generations. Each record thus defines a tiny fragment, or “twig”, from a larger family tree. By looking for overlaps among these twigs and "grafting" them together, we could in principle reconstruct nuclear family groups and even more distant relationships. Since a single metrical book can potentially generate thousands of such twigs, data management quickly becomes a major challenge. This becomes even more daunting if the village is dominated by a small number of very common surnames. In this talk, I will briefly review the structure of Greek Catholic birth and death records, describe my approach to data management, and present my recent work on a custom computational tool to assist in the assembly kinship networks from village-scale metrical record transcriptions.

I will tell you about my experience doing research and finding my family in Ukraine.  Plus provide a short presentation on the history of Halychyna including Lviv, Halych, Kolomeya, Sniatyn, Ternopil and Ivano-Frankivsk.  I will tell you what it’s like travelling there today, finding family and doing research in the archives. Poland is also where many Ukrainian villages lay and I have spent lots of time exploring Peremysh, Yaroslova, Sanok and of course Krakow and I will tell you about travelling there as well. 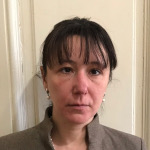 Oksana Melnyk has been working in Central State Historical Archives of Ukraine, Lviv, as an archivist for the last ten years. She works in the Archives reading room with the researchers of different ages from the countries all over the world (Ukraine, Poland, Germany, Hungary, France, Vatican, Canada, USA, Brazil, Argentina, Australia), having different goals of their research (trying to get birth/marriage/death certificates, land property documents, the oldest documents that proved their ancestors came from that village, information about military service in Austro-Hungarian army, finding information in professional sphere, etc.).  Oksana has a good knowledge of where people may find information about their ancestors in the archival documents. She has a diploma from the English department of Ivan Franko National University and experience with teaching English in Poland, which gave here knowledge of English and Polish. She also speaks fluent Russian and knows a bit of Latin and German. 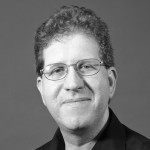 Michael Andrec is a multiple hat wearer currently working as a Certified Archivist at the Ukrainian History and Education Center (Somerset, New Jersey), where he has been working on bringing the Center’s collections accumulated since the 1960s -- including personal papers, organizational records, and recorded sound -- to professional standards of preservation, description, and accessibility. He is also part of the organizing committee for the UHEC's "Nashi Predky/Our Ancestors" Ukrainian genealogy program. As a career-changer from computational biology and data analytics, he is interested in the possible intersections between computational methods and the study of history. 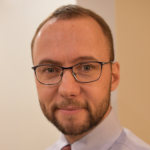 Mr. Nynka was a general assignment reporter for the Daily Record (Parsippany, N.J.), an education beat reporter for The Daily Journal (Vineland, N.J.), and the executive director of the Society for Features Journalism.  In 2004, he covered the Orange Revolution in Ukraine for the publication's Kyiv bureau, covered the 9/11 terror attacks in New York City, and the 2002 Winter Olympics in Salt Lake City, Utah. For The Weekly, he reported from The White House, Congress, the United Nations, as well as from inside a prison in Kharkiv. Learn more about his fascinating road from Ukrainian American kid in New Jersey to the editor of the oldest continuously operating Ukrainian-language newspaper in the world on Mike Buryk's Krynytsya podcast series. 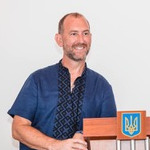 Vincent Rees grew up near Victoria, British Columbia, where his parents enrolled him in Ukrainian folk dancing. Ultimately he moved to Edmonton and joined the Ukrainian Shumka Dancers. In 1992, a year after the collapse of the Soviet Union, Vince took his first trip to Ukraine. Intrigue with his grandparents’ homeland grew, and he became further fascinated with the culture.  He went on to receive a Bachelor of Arts in Ukrainian Language and Literature and a Masters of Arts in Ukrainian Folklore from the University of Alberta. Since then, Vince has visited Ukraine over 100 times. It was during one of his trips that Vince noticed how important authentic, traditional, and intimate cultural experiences are in travel experiences. He had taken a travel agent course and organized a few trips to Ukraine for dance groups in the past, but he realized that his skills could be expanded to reach a wider audience via Cobblestone Freeway Tours.