When we were planning this conference, Omicron was raging, and so we decided to yet again have the conference online.

What we certainly did not expect was a Russian invasion.

In addition to creating mass displacement, suffering, and death, the war in Ukraine has, of course, severely curtailed researcher access to Ukrainian archives, and has prevented us from having any speakers from Ukraine this time around. Regardless, we have a great, though slightly abbreviated, program on topics relate to records in the United States (including a talk on the newly-released 1950 Census by genealogy superstar Stephen Morse!), and tools and case studies that you can make use of when Ukrainian archives again become accessible.

Jewish records in the Russian Empire include traditional genealogical records like vital records and censuses, but there are many other record types as well that can help understand ancestors and other family members. This case study will look at one such family living near what is now Chernihiv, Ukraine, starting with their life (and related resources) in the United States, and tracing the family back well into the 1700s. A wide variety of documents on this family will be discussed and will demonstrate the breadth of information available for understanding one's family--if you are persistent and follow the clues that they left behind. While this talk focuses on a Jewish family, many of the resources will be applicable regardless of religion.

Searching in the 1950 Census with and without a name index

When the 1950 census will be released in April 2022, it will not have a name index. So finding people in the census will involve searching by location instead. Even when a name index becomes available, there will still be many reasons for doing locational searches.

The census is organized by Enumeration Districts (EDs), so the location needs to be converted to an ED before the census can be accessed. The One-Step website contains numerous tools for obtaining EDs. This talk will present the various tools and show circumstances in which each can be used.

Elaine will be covering her genealogy inquiry process over many years, including trips to Ukraine and knocking on many doors. She is researching on her Kalynchuk and Stetsko family branches from the village of Strilkivtsi, Borschiv District, Ternopil Oblast and for the Pawliuk and Tkachuk family branches in the village of Malyatyntsi, Kitsman District, Chernivtsi Oblast. She will be covering what the process was like in the earlier days, to how much it has improved over the years, to what avenues are currently available for Ukrainian genealogy researchers. 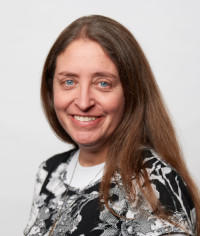 Lara Diamond has been researching her Ashkenazic Jewish family roots for over 25 years. She has traced all branches of her family back to Europe and most multiple generations back in Europe using Russian Empire-era and Austria-Hungarian Empire records. Most of her research is in modern-day Ukraine, with a smattering of Belarus and Poland. She is president of the Jewish Genealogy Society of Maryland, leads JewishGen's Subcarpathian SIG, is on Ukraine SIG's board of directors, and runs several town-focused projects to collect documentation to assist all those researching ancestors from common towns. Lara enjoys speaking at a variety of local and national venues, sharing what is possible in Jewish genealogy. She blogs about her Eastern European research and DNA on her blog Lara's Jewnealogy. 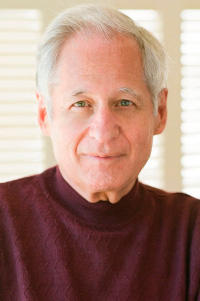 Stephen Morse Stephen Morse is the creator of the One-Step Website for which he has received both the Lifetime Achievement Award and the Outstanding Contribution Award from the International Association of Jewish Genealogical Societies, Award of Merit from the National Genealogical Society, first-ever Excellence Award from the Association of Professional Genealogists, and two awards that he cannot pronounce from Polish genealogical societies.

In his other life Morse is a computer professional with a doctorate degree in electrical engineering. He has held various research, development, and teaching positions, authored numerous technical papers, written four textbooks, and holds four patents. He is best known as the architect of the Intel 8086 (the granddaddy of today's Pentium processor), which sparked the PC revolution more than 40 years ago. 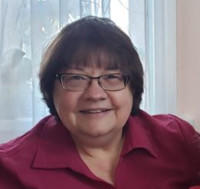 Elaine Kalynchuk  grew up on a farm in the Primula area, 15 miles east of Elk Point, Alberta. Her Ukrainian grandparents lived on the same home quarter and she was the oldest child. She became interested in family history at an early age due to her father taking her on road trips and explaining the history and, her Irish grandmother telling her stories about the old country. In her early 20's she started volunteering in the local Ukrainian Canadian community and later through her employment at the Government of Alberta was involved in various Ukraine Initiatives. Elaine starting writing letters to people in the family village in Ukraine in 1989 and, in 1998, 2002, 2017 and 2019, made four trips to Ukraine. She has sat on the boards of the Ukrainian Canadian Social Services, to the Ukrainian Canadian Congress - Alberta Provincial Council, to chairing the East European Special Interest Group at the Alberta Genealogical Society, to more recently Facilitator of the Ukraine Special Interest Group at AGS. She is also the Treasurer at the Alberta Society for the Advancement of Ukrainian Studies. Elaine is now retired and working on various genealogy projects. And with the Russian war against Ukraine, she has taken on assisting people in bringing over Ukrainian distant family members to Canada for up to two years.