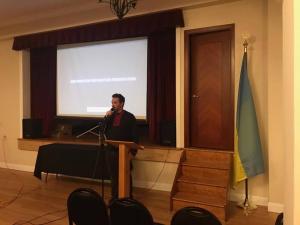 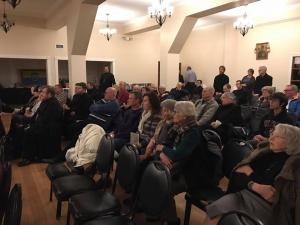 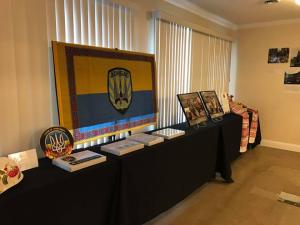 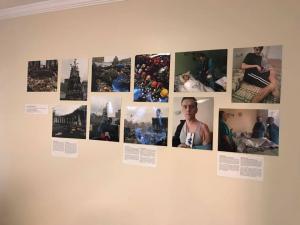 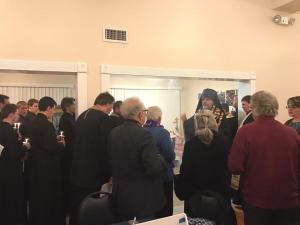 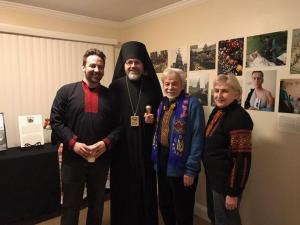 On February 4, 2017, the Center in conjunction with the Ukrainian Orthodox Church of the USA presented a screening of the film "Freedom or Death" by Damian Kolodiy together with a solemn commemoration of the anniversary of the Euromaidan Protests and the "Heavenly Hundred" who perished in the protests. A memorial Litia was celebrated by His Eminence Archbishop-Elect Daniel and local clergy, with responses sung by students of St. Sophia Seminary. A historical exhibit was also curated by the Center, including artifacts and photographs from the Maidan. Refreshments were provided by the Sisterhood at St. Andrew Memorial Church.