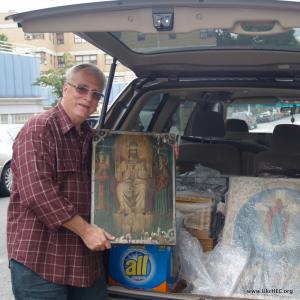 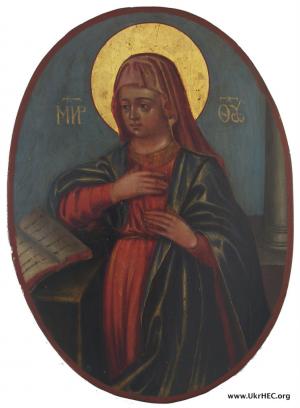 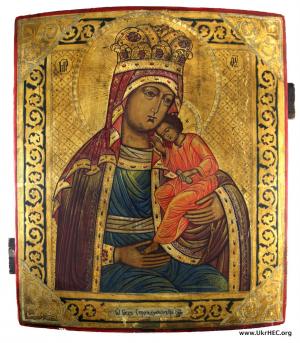 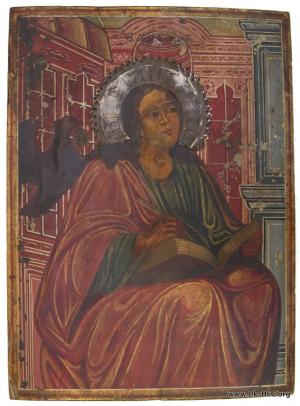 About three months ago, the Center staff received an unexpected phone call from David Dobosz of Brooklyn, New York. Mr. Dobosz is not Ukrainian, and he is not Orthodox or Byzantine Catholic: he is a Lutheran of Polish and German background. Nonetheless, he fell in love with Eastern Christian iconography after seeing the so-called “Black Madonna of Częstochowa” as a young man, and iconography has been his collecting passion ever since.

He acquired a substantial collection of icons over the course of several decades, primarily by purchasing them on the decorative art market. He was motivated in part by his belief that icons are not decorative art, but rather belong in churches, museums, and the homes of those who appreciate their religious significance.

He is now in the process of downsizing, and had been looking for a new home for his collection. He learned of the Patriarch Mstyslav Museum through Rev. Andrei Kulyk of All Saints Ukrainian Orthodox Church on 11th St. in Manhattan, and decided that the Ukrainian Historical and Educational Center would be an ideal institution that could present these masterpieces of iconography to a large audience in a way that respects their historical and religious importance.

The approximately 100 icons span a tremendous range of styles and content. Although confirmation of their ages and regions of origin will require careful study and research, some of the icons appear to be from the 18th or 19th centuries.

Thank you David Dobosz for your extraordinary gift!

Mr. Dobosz donated his collection to the Patriarch Mstyslav Museum having faith that it would be displayed in new museum building and introduce a wide audience to the artistic beauty and religious importance of Orthodox iconography.

Let’s not betray that trust!

Become a member, and support the Museum Capital Campaign. Help finish the job of creating a fitting home for this and other world-class collections!

Mr. Dobosz was my teacher in elementary and middle school. He is a wonderful person with such a love of the arts, music and literature. I learned so much for him and think it’s wonderful that he’s donated something he loves so much for everyone to learn from and enjoy.